If I was going to be the chef for Thanksgiving dinner this year, this cheesecake would be on the menu. Forget the traditional pumpkin pie. From the almond crust to the espresso powder in the cheesecake, this turned out beautifully and tasted ambrosial. Simple to make too, as most cheesecakes are. It's probably considered an "adult" cheesecake, what with the espresso addition, but I bet my grandkids would love it too.
The finishing touches Heather suggests for garnishing make for a pretty presentation, but feel free to do your own thing. It'll be a smash hit at your Thanksgiving dinner, cheesecake lovers or not. Everyone loves a latte, right? 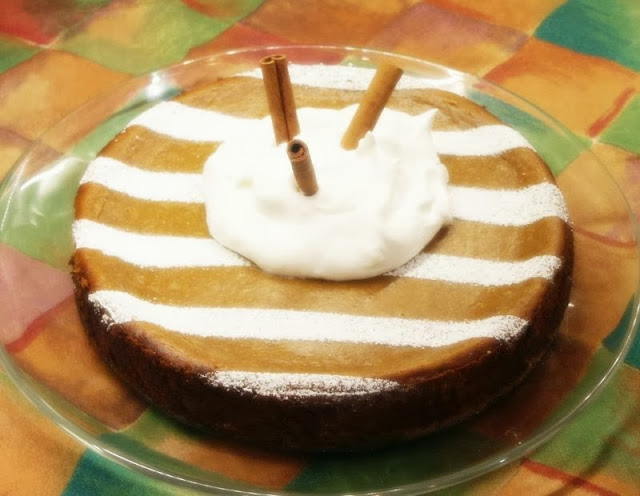 
Method for the crust:
Preheat oven to 350 degrees F . Line the bottom of a 9-inch springform pan with parchment paper and grease well.
In a food processor, place all ingredients and pulse until mixture resembles coarse sand. Press firmly into the bottom of the prepared pan and bake for 8-10 minutes.

Method for the cheesecake:
In a mixer, beat together cream cheese and sugar until smooth. Mix in vanilla extract and eggs. Beat in pumpkin, cinnamon, cloves, nutmeg, ginger, and espresso powder until smooth. Pour mixture on top of baked crust.

Bake for 50-55 minutes, or until filling is set. The center should wiggle slightly...the cheesecake will continue to bake a bit after it's removed from the oven. Allow to cool completely to room temperature in pan before chilling in refrigerator until ready to serve. 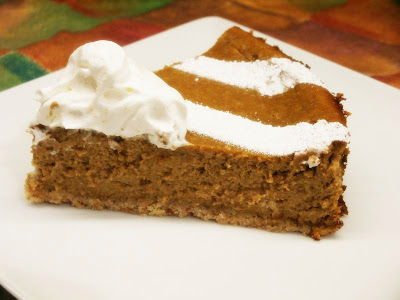