My sweet DIL Angie, who shares a love of cooking, has presented me with some nifty gifts for the kitchen in the last few months. 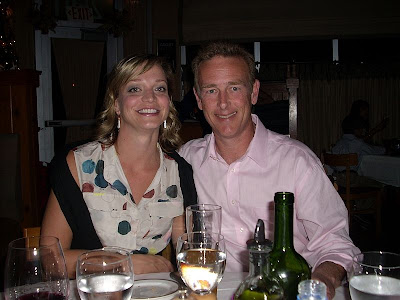 Angie and my son Perry

One of the books she gave me for Christmas was Cutie Pies by Dani Cone. What a little gem of a cookbook! Fun for everyone in the family and the pies can be folded (called flipsides), made in little jars (called piejars) or made into pops on a stick (called piepops). Full and mini size pies as well. Dani Cone sells these adorable little pies at stores in Seattle called High 5 Pie and Fuel Coffee. They can be sweet or savory. 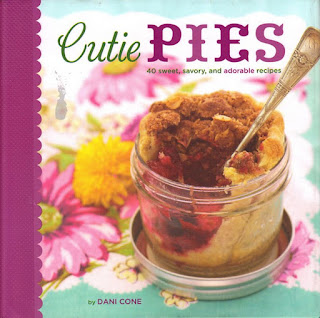 For this post, I made some flipsides. Folded like empanadas, I had some berries in the fridge so made two different recipes; one with raspberries and blackberries and the other with mango and raspberries. The crust was flaky and delicious and although I filled them way too full, they still turned out nicely. Practice makes perfect with these little hand pies. 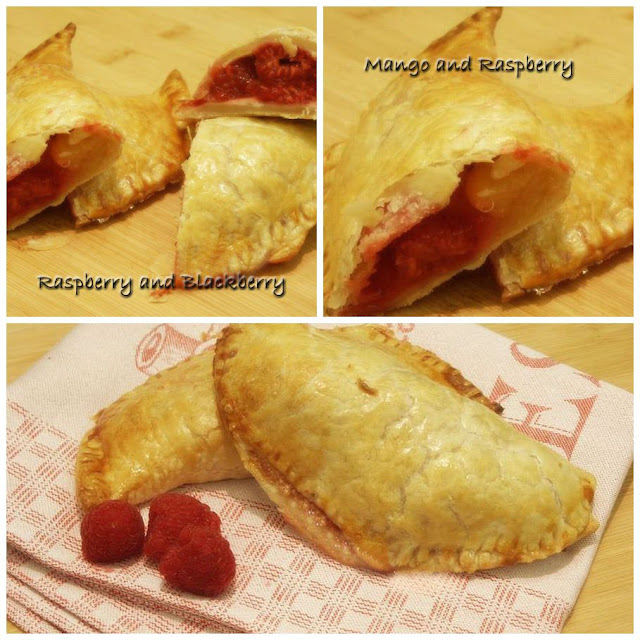 Then, after a spring break visit, Angie thanked me by sending a Breville Mini Pie Maker! Can you imagine? 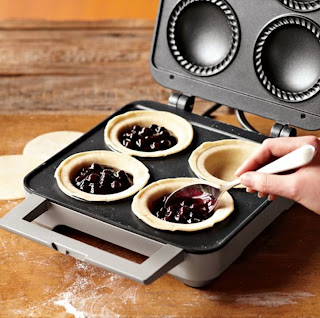 More fun for me. I made mini rhubarb pies and then some Almond Frangipani pies. Not being certain how an open pie would work, I was amazed how beautifully they turned out. Next came a savory bacon and potato quiche mini pie. Delicious and so fast!  If you've got kids or grandkids around, this pie maker is going to become a favorite of theirs, but you'll love it too. You can be as inventive as you want.

What's really convenient is Breville suggests you use packaged pie crust on the bottom and if you are making a two crust pie, puff pastry for the top crust. What could be easier? And how to tell if they're done? The recipes all come with times of course, but you can open the pie maker and peek all you want, just to make certain the pies are done to your taste. The pies are usually done between 8 to 11 minutes. 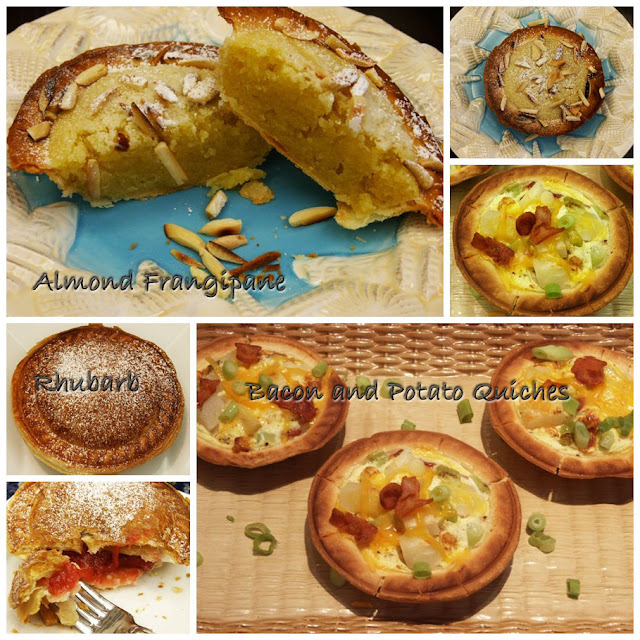 Of course, I had to have the mini pie book from Williams Sonoma! Two of these recipes came from that book, but now that I have the hang of it, the sky's the limit. 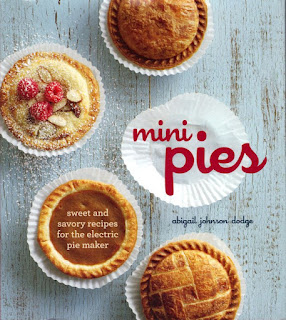 If you'd like the recipes, please click HERE for printable recipes. The rhubarb isn't there, because I just cooked some rhubarb with sugar and boiled it down until it was a jam-like consistancy. There are lots of recipes for mini pies made with fresh fruits, but I wanted to use up the last of my jam. Thanks, Angie! My daughter-in-law knows exactly what my interests are.....cookbooks! (She checks my Amazon Wish List!)

Update! For Mother's Day, Angie and Perry sent me THIS: 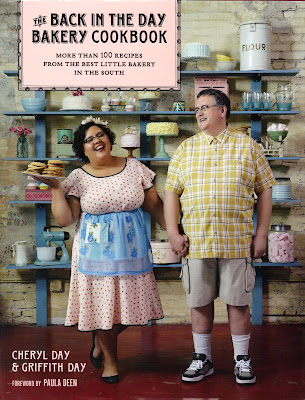 I haven't even read it yet!